For the first time ever with the boys we went hunting for fireflies last night. I think prime firefly season may have passed but there were enough of them dancing along the driveway to chase after on a warm summer evening as the sun set. We caught two fireflies, one for each. It was too dark to take any photos but a good time was had by all. 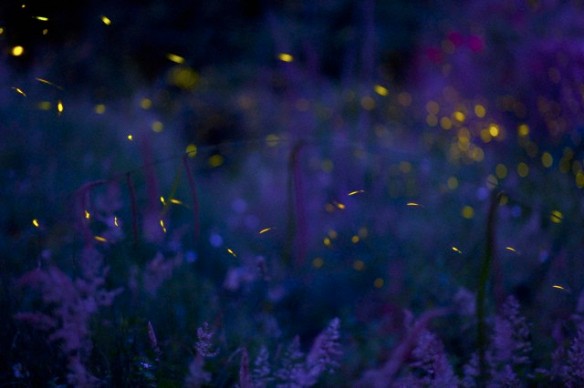 Today we went to an art show as patrons. Between the show and where we parked there was a garage sale. Actually earlier this morning we were going to a flea market but it was inexplicably not happening today because of another event at the fair grounds, where the flea market is usually held. Since I was gipped out of my flea market indulgence, I decided to stop at the garage sale.

Did I need anything?

Can I afford anything?

Did I come home with something?

I don’t know where I’ll hang these two “antique” rusted old-looking stars, but I thought they were a steal at $5 apiece (it was in a ritzy suburb). The wife was going to buy be a similar sized star made of license plates for $50 at the art show for my birthday. For whatever reason I’ve always wanted a metal star for our home decor. Whatever you say, I like ’em. And I like the fact that I finally bought something at a garage sale. I’m happy and the lady who sold them is hopefully happy. Buying something at a garage sale is the “living” part of life. I highly recommend you do the same to raise your spirit a notch.

Incidentally, we were going to the flea market because I wanted to scope it out. It’s a local market that happens every weekend through October I think. I’m going to load up the trailer and attend in the next month or two as a seller. My hope is to unload a lot of  the stuff we have in the basement (and garage) to help de-clutter the place. Also in anticipation of taking on a basement project before the kids move out (in a few years) and / or I die (any day now at the rate I’m going).

Here’s a photo of Daisy watching a baby bunny intently. Oh how she wants to catch a bunny.

I’m sadden by the fact that the “spooky” cherry tree in the front yard has degraded even further. It was the perfect Halloween tree but now one of its scary limbs had fallen down. I’m keeping a super close eye it, because eventually the whole tree will have to come down. It died as a result of the cistern installation two years ago.

It makes me sad anytime we lose a tree, even the cool looking dead trees. And we’ve lost or are losing several since we moved in.

The “spooky” cherry tree was going to be perfect for the Halloween party we never got to throw. I want to hang a skeleton from it.

Here’s photo of the front yard. It looks great and I’ve only every fertilized it one time, and I used organic fertilizer. It’s filling in nicely and looks great when it’s cut. No it’s not the “Stepford Wives” perfect suburban grass but the upkeep is virtually $0 and is green throughout the summer.

It’s a beautiful summer weekend. Hoping yours is filled with love, happiness, and better than average food and drink. Stay safe people.