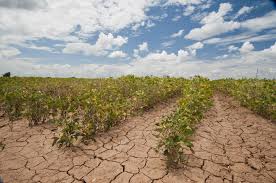 I encourage all of my American readers to let the President of the United States know that we support his veto of the Keystone XL pipeline legislation.

The pipeline will create only a relative handful of permanent jobs. The environmental impact of the increase use of fossil fuels from the pipeline will further contribute to the devastation of our climate resulting in higher health, insurance and resource costs, paid for by you and me. The long term costs far outweigh any benefit being shopped around the floors of Congress and in the boardrooms of Big Energy.

Tell Canada and the upper midwest to refine and use the oil locally if need be.

Take the time to educate yourselves as citizens and voters. Because politicians in the Senate, such as Rob Portman R-OH, and House do not support you or your family’s best long term interests.

Common sense tells you this is not about jobs or energy independence. Please support the president’s veto.

Article on climate deniers and climate change from Democracy Now!

The insurance industry is keeping a close eye on climate change.

Article on the cost of climate change

[This is essentially a rough draft, once again I find myself late in the hour on an unplanned soapbox – luckily there are only like twenty of you who read this stuff. (*author waves to Mom, Aunt Pat and the other Pat). I’ll edit it over the weekend.]

Excuse me for being late to the party but I recently signed up for Twitter. It’s essentially the latest addiction that is destined to destroy my existence, and apparently millions of others. If you’re not one of those millions, basically everyone types out, in under 140 characters, what’s on their mind. After a week of being on there, as far as I can everyone falls into one of these categories: comedians, aspiring to be rich, rich, famous, housewives, single guys living at home, drunks, sex addicts, or people trying to save the world. I’ll let you decide which categories I fall into. Apparently half of the people I follow are strippers or lonely housewives. That’s not really the point.

But what I do find interesting is the social awareness aspect of Twitter. A social or environmental tragedy can be happening someplace and instantly information can be sent across the world, like a building wave – people sharing with people. Up until last week I didn’t know anything about the plight of cetaceans in Japan and our country. I elaborated on this topic (and others like it) here and here previously. The examples of slaughtering dolphins and keeping large multi-ton swimming mammals in captivity are things that have been going on for many years. While I can’t fault their origins, we as human societies have grown and evolved to the point where what we did a few centuries, decades, even years ago may not necessarily be appropriate in this day and age. It’s a fact of life. I’m not being political or a bleeding heart tree-hugger. I’m being a human being, who thinks, reflects, has compassion and solves problems. It’s how I’m wired, both genetically and through my upbringing.

The beauty of modern advancements in technology, Twitter in this example, is that when we as humans socially evolve and determine it’s time for a change – that change coupled with our technology advancements means we can more readily communicate the need for change. Before computers, tv’s, phones, etc. it would be virtually impossible for the average person to learn about what was really going on half way around the world. Now we can’t avoid it really.

This new reality really complicates things for us. We’re busy as it is. We’re struggling to pay bills, raise kids, achieve goals, and maybe eek out a second or two to relax. But if we know about an injustice in this world, what does it mean when we turn a blind eye? What is so important in our busy modern lives that our humanity has to take a back seat? Humans have a long history of righting wrongs; from chasing guys stealing purses to sacrificing sons and daughters to stop mad men from taking over the world.

Now we find ourselves with the power of instant information and communication that technology has afforded us. We can no longer claim to not know what is going on. That luxury dies with every passing day.

But what are we doing about it?

Seemingly all we can do is turn a blind eye, moving further away from our humanity. Despite being universally busy, we still carve out time to debate, criticize, undermine and ignore. What does it mean when we know it’s happening and we don’t do anything about it? Does that make us complicit in some way? I’m not a moral attorney, social judge and certainly not a religious scholar. All I know is we adhere to, or at least should adhere to, some fundamental, universal moral roadmap that defines what it means to be a human being. Maybe it was ingrained into you by a higher power or it’s in your genes. It doesn’t matter where it comes from, it is there. It’s what makes each of us human. It’s deeper then the time you cheated on your algebra test in 10th grade, or you called your boss a ‘incompetent prick’ behind his back. If that’s what you’re worried about then go to confession or whatever the equivalent of that is to you. It is not written in a book. It is not proprietary to race or creed. You won’t find it on the internet, tv or you’re Thursday-night-group gathering. What I am talking about is our humanity; how we should fundamentally treat the world that we, for such an excruciatingly brief amount of time, live in. We need to instill in ourselves, our children, the strength to stand up and say “I will not be complicit.”

We need to muster the courage borne inside of each of us to be compassionate humans.

If there isn’t time to be human, then time has no purpose. If we can’t be humane then we are nothing.

In case you missed part 1 click here. Otherwise here’s part two with a couple hot topic examples in this week’s news demonstrating how people really must hate animals, and my take on the whole ordeal.

Also in response to the diametrically opposed zoo / marine world organizations vs. we shouldn’t keep animals in captivity crowd I propose this question: how can we design a solution that respects an animals right to live humanely but affords us the scientific and social benefits of having animals in captivity? I’m obviously not doing anything so send me your ideas. Why post about this stuff if I’m not going to work on a solution. I’m a lover not a fighter; plus for me to go on some Greenpeace ship and battle orca kidnappers….ugh, they probably don’t even have beer on there.

Without further ado, a couple more news stories for you:

For whatever reason most of the people on Twitter I follow are hard-core animal lovers. For the record, I don’t know how Twitter actually works. So I don’t know if the Taiji Dolphin Kill in Japan is as big a deal as they make it out, but at least 50% of the tweets I read are about dolphin killing (the other 50% call for the downfall of Sea World). Once again a documentary helped prompt this public awareness, apparently one called ‘The Cove’ which a friend of mine recommended I see, but I HAVE NOT seen yet. I really need to get away from my computer folks.

Anyway, as far as I can tell a bunch of Japanese fishermen round up wild dolphins and slaughter most of them (click here for a full gory description); presumably stealing a few babies or whatnot to send of to marine entertainment organizations. They’ve probably been doing this for a thousand years, but in today’s saturated society, we get to see it first hand…everyday.

My take: Hey, I get it, tribal / cultural traditions are hard to break, and by all means we should preserve as many as we can. But only to a point. In this day and age, especially in a country as modern as Japan, this is a bit inhuman. We’re better than this. I have no problem with hunting. I have no problem with eating animals. Humans became humans because we ate animals; we have the pointy teeth to prove it. In fact I don’t understand vegans who come off as ‘holier-than-thou‘ and tell me not to eat tasty critters (and vegans do come off that way, I’m pretty sure on porpoise….er, purpose too).

I think in an educated, kind and humane society we have the wherewithal to know wrong from right. If these guys were in kayaks offing dolphins one at a time (or however they did it in primitive days), man to dolphin, then you know what I’m probably fine with that; if they do it within scientifically established limits and protocol. By the way, I’m not a scientist so or sociologist so maybe this is all ka-blooey nonsense but I’m giving my unbiased, common sense, outside opinion as a person and quite frankly as a designer.

So here’s the deal, Japanese people stop rounding up dolphins and slaughtering 22,000 of them a year. They are not domesticated animals. In fact they’re probably smarter than most of us reading (writing, ouch) this blog. It’s just wrong. We’re better than that.

Australia Murdering Sharks Out Of Fear

Seven people have been killed by sharks in Wester Australia over the course of the last three years!!!!!!!!! In response the highly advanced Australian government has taken to culling, indiscriminately, sharks off of its coasts. Many of these sharks are endangered, and protected by the same government that is now killing them.

My take: I don’t know if it’s the hot weather, or the inverted Summer / Winter thing but this story is beyond my comprehension. So….seven…seven people die over three years and the best thing you can think to do is go out and kill as many sharks as you can find.

That would be fine.

And we were in a movie.

I can’t even start to explain to you why this is moronic. The fact that it’s the Australia that’s doing it is the icing on the cake. C’mon guys, isn’t this type of thing reserved for America, the land where we do something dumb like this and then have to pay for it by listening to loathing liberals say how far behind we are compared to places like Europe, Japan….and Australia!?

This reeks of preschool fear mongering and knee jerk reactions. If you want to nip human death in the bud, sharks would be about #2,765 on my personal list of culprits to go after. You know what, if you don’t want to get eaten by a shark, here’s an idea: stay out of the water.  If you go in the water, guess what, sharks live in the water. You might get eaten. Get over it.

It’d be like every time I go into Cleveland I shoot as many people as I see because people kill people all the time there.

If you want to impress me start pulling texting drivers out of their cars and club them to death in the middle of intersections. You may avoid 20 more Australian deaths, in addition to the 7 you saved by killing all the sharks you could find. BTW, doesn’t that number of 20 seem low? I couldn’t find a real statistic. In the U.S. it’s like 3,000 texting related deaths, apparently.

Alright peeps, that’s it for today’s anti-animal rants. If any of this is of interest and you’d like to know more, then get out there, read and talk to people. As always, share your comments below. And if you have ideas for real common sense solutions to these problems, let’s talk about those too!